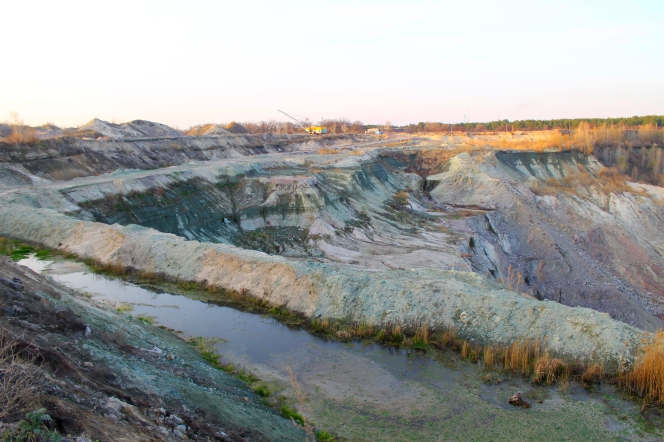 Since the end of the Cold War, Canada’s foreign policy has been characterized by both a fierce defense of its national economic interest abroad and the, sometimes contradictory, promotion of humanitarian values on the international security agenda.

Canada ranks second in complaints filed with the Dispute Settlement Body of the World Trade Organization, outranked only by the United States. At the same time, it has signed bilateral and multilateral free trade agreements and adopted investment settlement mechanisms worldwide.

If Prime Minister Trudeau truly wants to bring Canada back to be a leader on the world stage, he needs to reconcile Canada’s promotion of its resource extraction industry (one of its economic leaders) with a fairer, more progressive policy in trade and investment.

Since February 2006, with the election of the previous prime minister, Conservative Party leader Stephen Harper, Canada started to reduce its focus on humanitarian issues and human rights in international relations. The flagship of Harper’s foreign policy was the expansion of Canadian natural resource extraction companies abroad. Embassies, consulates and state entities such as the Canadian International Development Agency (CIDA) started to serve as a bridge for Canadian mining interests overseas particularly in Latin America.

Even before Harper’s appointment as Prime Minister, CIDA had already financed legal reforms in developing countries whose economies rely on commodity export. The reason: improve the environment (yes, pun intended) for Canada’s massive resource extraction companies overseas.   In 1997, it granted $11.3 million dollars to “create a more favorable environment for economic and social development in Colombia.” Part of this was used to pay a law firm to advise on the highly controversial review of the Colombian mining code. The resulting new code watered down social and environmental safeguards for mining concessions in Colombia.

After the signing of the North American Free Trade Agreement (NAFTA) with the United States and Mexico, Canada signed bilateral agreements with several Latin American countries to facilitate access for mineral extraction. Between NAFTA, the passage of more mining-favorable laws in many countries and rising global demand for minerals and metals, Canadian resource extraction companies’ involvement in Latin America jumped. Today more than 60 percent of all mining activities in Latin America involve companies that are listed on the Toronto Stock Exchange—though not all of them are Canadian-owned. The increased activity of resource extraction in the hemisphere has come at a cost: social conflict over land and natural resource extraction has spiked.

In April 2014, a coalition of NGOs published the report The Impact of Canadian Mining in Latin America and Canada’s Responsibility (full disclosure: the Due Process of Law Foundation was one of the organizations that participated in this). The report investigated charges of Canadian companies’ involvement and government complicity in human rights violations committed in 22 mining projects carried out in nine Latin American countries. Some of its findings were later incorporated into separate investigations by the Inter-American Commission on Human Rights and by committees and special rapporteurs of the United Nations Human Rights System.  All of the reports call on the Canadian government to ensure that the mining companies under its jurisdiction comply with international human rights standards, including when operating through subsidiaries located in third countries.

Trudeau’s victory in the October 2015 elections brought hope to the communities affected by environmental contamination and human rights violations committed in the context of mining activities. This hope was expressed in an open letter published on April 25th, 2016, in which more than 180 organizations urged Trudeau to improve regulation and monitoring on Canadian resource extraction companies, and even to impose sanctions on liable companies operating abroad. The fact that the signatories are mostly grassroots organizations from Latin America suggests that, in several indigenous and rural communities of the region, Canada is an unpopular presence and symbol of abuse.

Trudeau has taken some early first steps intended to restore Canada’s human rights reputation. This has included creating a cabinet with an unprecedented number of women and two indigenous ministers. His pronouncements on the migration crisis in countries overwhelmed by internal conflicts and the domestic implementation of the UN Declaration on the Rights of Indigenous Peoples—once boycotted by Harper’s government–are also examples of a new age of Canadian foreign policy.

Restoring Canada’s respect in the eyes of Latin America’s most vulnerable population will require an extensive review of the political, financial and diplomatic support that Canadian mining companies have enjoyed over the past nine years. This is not an easy task. The mining sector remains a powerful lobby in Canadian politics. Nevertheless, as the signatories to the April 25th letter by leading organizations state, many are hoping—and even daring to believe—that Trudeau’s “commitment to human rights will lead to measures that hold state agencies and corporations to account and prevent further abuses.”