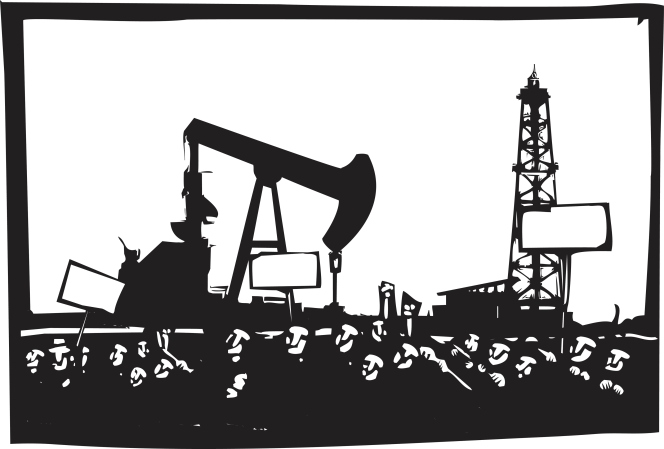 by Francesc Badia i Dalmases

“Until comprehensive measures are taken to sever the ties between crime and State structures, certain groups will remain vulnerable and the violence directed at them will persist.”

Francesc Badia i Dalmases: The new political cycle in Latin America, which entails taking turns in office, and the economic crisis, which imposes policies to restrict government spending, have created a new dynamic in the region. Power switching may help secure the achievements made, but it can also open the door to regressive changes. There has been clear progress, for instance, in relation to judicial independence—a core issue for the Due Process of Law Foundation (DPLF). Do you see the potential consolidation of these advances, or do you see a threat of backsliding at this new stage?

Katya Salazar: In spite of the notable advances of the past decade, poverty and inequality persist.  Significant population groups have left those categories, but others have entered. Our public institutions have been strengthened, but they remain weak in terms of their ability to respond to the new realities and challenges facing the region, including the increasingly immense power of corporations. We have judiciaries that are more solid, transparent, and better funded than 20 years ago, but they continue to be inefficient.

Save for a few exceptions, the justice systems in many countries of the region are collapsing and do not have the public’s trust. The interference of the executive branches in the judiciary is also ongoing, although it is now done in a more “sophisticated” form (for instance, through the selection of members of the high courts or interference in disciplinary proceedings). Citizen security is one of the most important concerns in a large number of the region’s countries. And impunity—for common crimes, but also for the most horrendous crimes, including those in which State agents are involved—is a hallmark of several of those countries.

In terms of specific phenomena, the practice of journalism and the defense of the environment have become “risky” activities.  And apparently, being a woman or belonging to the LGBTI community is as well.  In spite of major strides, freedom of expression and the right of association continue to be controversial issues in several countries. Finally, corruption, as a “cross-cutting theme” that spans all of the above, should be cause for deep reflection from Tierra del Fuego to Canada.

KS: It is a fundamental issue. Several Latin American countries – including El Salvador, Guatemala, Peru, Chile, and Argentina – have gone through transitional justice processes with different outcomes that include important achievements as well as failures and unresolved matters. Nevertheless, transitional justice continues to offer a number of very important tools with which to address impunity and the legacy of serious human rights violations. Those mechanisms are now being used in countries that have not necessarily initiated transitional justice processes in the strict sense, like Mexico. This is something very positive, as it makes it possible to connect the debts of the past to the current set of problems.

The decision of the Colombian people to opt for the “NO” vote is surprising. But we must acknowledge that the transitional justice process in Colombia is an unprecedented case, because it incorporates all of the experience and lessons learned from the region and the world. We should not attribute the “NO” vote in the referendum to the transitional justice mechanisms. On the contrary, they were the basis for the four years of dialogue in Havana. Without this theoretical framework, the agreements would not have been reached. It is my hope that the Colombian process will succeed and that the instruments of transitional justice will continue to be used in current situations where human rights are in jeopardy, like in Mexico, Guatemala, and Honduras.

FB: Another important issue is the evolution of the Inter-American Human Rights System. We have seen a weakening of the Inter-American Commission on Human Rights (IACHR), explained above all by different countries’ unwillingness to finance it. I recently interviewed former IACHR Executive Secretary Emilio Álvarez who, in spite of noting some positive aspects, was very concerned about the lack of financial (and sometimes political) support from member countries.  What is your take on this issue?

KS: The Inter-American Commission and the Inter-American Court of Human Rights make up the Inter-American Human Rights System. While the Court issues judicial decisions that usually pertain to acts that occurred ten, fifteen, or twenty years ago, the Commission is the initial filter that receives the complaints and petitions and issues decisions in connection to acts that are taking place now or that took place a short time ago. For this reason—solely and necessarily—the IACHR is in some respects a thorn in the side of the States, as it reminds them of their mistakes in statements, press releases, precautionary measures, visits, and public hearings. This is one explanation for the antipathy of many States toward the Commission: although they may deny it, they are not comfortable with the international scrutiny.

It is also true that the IACHR has had its ups and downs and, like any institution, can stand to improve its practices and policies. In this regard, there are some critiques that are reasonable and that must be addressed, such as the procedural delays, the identification of priorities, transparency in the administration and management of its resources, and so on. But it should be made clear that the Commission is an indispensable body, with a totally different role from that of the Court, because it deals with events and takes action “in real time,” as it did in the case of Ayotzinapa in Mexico. Having to react to current events often makes sitting governments uncomfortable, and therefore we must treat the States’ criticism of the IACHR with caution.

FB: Another matter that gives rise to concern is the issue of human rights violations. There is a certain prevalence of impunity, as we saw with the murder of Berta Cáceres and, shortly thereafter—in spite of the worldwide outrage—the murder of some of her associates, all of whom were environmental activists. Attacks on activists are also common in Brazil, while in Mexico the victims tend to be journalists. How can we address these attacks on freedom of expression in the region? How can we curtail impunity in Latin America?

KS: Over the past decade, Latin America has experienced an explosive increase in private investment for natural resources extraction and, surrounding this phenomenon, an increase in social unrest related to these projects. While the States have benefitted economically, neighboring communities do not necessarily agree with this assessment, because they simply do not feel the effects of the economic benefit. In other cases, in spite of the economic benefit, communities oppose the project because of its potential impacts on the daily lives, health, and way of life of their members. This has been expressed in a pattern of resistance to the haphazard exploitation of natural resources, which in many cases has given rise to violence. In many of the region’s countries, the defense of land and territory and the indifference of the States and the corporations has created a perfect storm for violence and impunity. The States must acknowledge the tension that these projects create and the situation of inequity in which the affected communities find themselves. States, corporations, and affected communities are not equal stakeholders when sitting at the table to resolve these conflicts.

Journalists are another particularly vulnerable group, especially in Mexico. They are victims not only of physical violence but also of economic and symbolic violence. To be a journalist in the most violent areas of the region is a hazardous occupation, one that is poorly paid and subject to social stigmatization. The States must provide more forceful responses to this reality.

FB: In closing, how would you explain the case of Mexico? With a significant GDP per capita, a prestigious international position, a solid diplomatic situation—why does it have such an unacceptably high number of violent deaths? What is the key to preventing the protection of human rights and basic freedoms from ceasing to function in Mexico?

KS: Mexico is a paradox. As you said, it is a country that is rich not just economically but also culturally. But it is also a country that is wounded and in intensive care. I think first of all the Mexican State should admit the severity of the situation it is experiencing. Thus far, that has not happened, and if it has, the State has put the blame on the criminal organizations. Unfortunately, the violence occurring in Mexico is not just the result of actions by criminal groups; it is the result of a combination between those actions and other actions taken by State actors. Mexico must acknowledge that the real problem lies in this fatal combination, and come to grips with it from that perspective.

The solution will not be easy. It is not just a matter of enacting new laws and creating more commissions, but rather of going to the structural causes of the problems. Mexico must reform its political system. It must confront clientelism directly at all levels, and strengthen the independence of the branches of government. It must create mechanisms for the selection of high-ranking civil servants based on their merits rather than on quotas. It must implement serious and mandatory accountability mechanisms. The state judiciaries should cease to be appendices of the executive branches and the Office of the Attorney General of the Republic (PGR) should not be attached to the Presidency. Only in this way will the problem be addressed head-on. If there is any desire to put an end to the spiral of violence and impunity, there is no other way out.